News just broke that the White House has created a cryptocurrency task force called the “national cryptocurrency enforcement team’. The Biden administration unveiled the new task force today. The mission of the team is to “take on complex investigations and prosecutions of criminal misuses of cryptocurrency.”

Without getting into too much political science, it appears that the task force will be more so focused on countering foreign adversaries in terms of crypto money laundering, etc, as it would seem superfluous to create this task force being that the SEC and the CTFC are tasked with handling cryptocurrencies related regulation.

The team will be governed by the justice department, which indicates that rather than any regulation stemming from this task force, it will be aimed at prosecuting individuals at a higher level; rather than bringing suits towards entities as the SEC has done. The team will be led by Assistant Attorney General Kenneth Polite Jr. and will focus on “crimes committed by virtual currency exchanges, mixing and tumbling services, and money laundering infrastructure actors.” 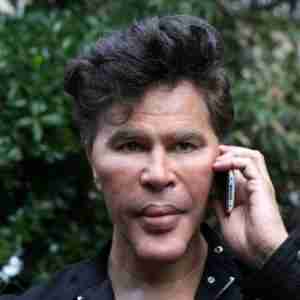 Trending
Bitcoin Supply Shock: Is The Mother Of All Supply Squeezes Finally Upon Us?

Deputy Attorney General Lisa Monaco said in a statement released today: “Today we are launching the National Cryptocurrency Enforcement Team to draw on the Department’s cyber and money laundering expertise to strengthen our capacity to dismantle the financial entities that enable criminal actors to flourish — and quite frankly to profit — from abusing cryptocurrency platforms.”

What can be gleaned from this is that this task force will not be going after crypto protocols, but rather individuals and nation-states that are running major operations. However, it is clear that crypto’s that are not private lack fungibility, as cash does, with cash accounting for the lion’s share of money laundering and other financial crimes. For example, a report from this year showed that “in 2020, the criminal share of all cryptocurrency activity fell to just 0.34% ($10.0 billion in transaction volume).” 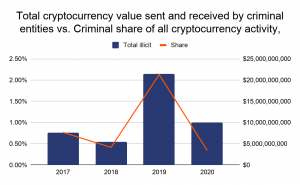 Another report by SWIFT (Society for Worldwide Interbank Financial Telecommunication) stated that “cases of laundering through cryptocurrencies remain relatively small compared to the volumes of cash laundered through traditional methods.” So it is a false narrative that criminals use crypto to conduct malicious activity, it is a minuscule fraction of crypto used for those purposes.

Officials went on to say that “as the technology advances, so too must the Department evolve with it so that we’re poised to root out abuse on these platforms and ensure user confidence in these systems.” The key part of that statement, by saying they want to “ensure user confidence” implies that they have no intention of getting rid of crypto, which is well known by now. the very creation of this task force is indicative of the fact that crypto is here to stay.

The team will aim to “recover the illegal profit of crimes involving cryptocurrencies.” So this team is geared towards the ‘cyberattacks’ where users demand crypto for ransom, which happens very rarely, for the record. Another example of where this task force is headed is the story that last month, the Biden administration sanctioned a Russian-owned cryptocurrency exchange, called SUEX OTC, for “allegedly helping launder ransomware payments.” So this type of team will likely deal with more macro, foreign entities involved with crypto.

This oversight was only bound to happen as crypto becomes more and more adopted, and while the sentiment may be that anytime the government steps in it is a negative thing, we have to be realistic in realizing that we live in a society with laws and regulations. It may seem counterintuitive to think that a task force like this actually is a tacit endorsement of crypto, but it is. Because they are capitulating to the fact that digital assets will be the future of the internet and money, and so they are building up a regulatory and enforcement structure around it. If that wasn’t the case, they would just call it an illegitimate scam, and have the SEC destroy the space.