Axie Infinity’s token is up over 100% as excitement over the future of blockchain games continues.

Axie Infinity is the world’s most successful play-to-earn game having generated over 2 billion USD in sales since it first opened to users in 2018. An average Axie NFT now trades for over $400 USD. Sky Mavis, the company behind Axie Infinity, is now valued at 30 billion.

Recommended: Check out our piece on Axie alternatives

Axie is viewed as one of the biggest pandemic success stories because the play-to-earn game proved that the model is viable. In the Phillipines, especially, users have been able to earn enough for a liveable wage during a particularly tough time for many people in the country. 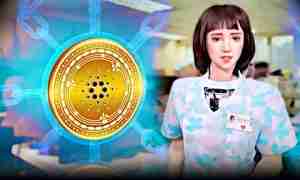 It’s been an absolutely meteoric rise for the blockchain game token. AXS was trading in the $5 dollar range on July 1st. Its overall ROI is 142,000%.

The positive price action comes as the blockchain game announced its upcoming decentralized exchange (DEX) on The Scoop Podcast. The move to a DEX will allow users to seamlessly move their tokens within the game instead of having to use centralized exchanges.

According to Sky Mavis Co-founder Jeff Zirlin, the DEX will be built on Ronin, an Ethereum sidechain designed for Axie Infinity. The move will allow users to buy and sell their tokens without a bridge. As well, it will integrate the recently announced staking rewards for AXS token holders.

We appreciate your continued commitment to Axie Infinity.

Not to mention, Axie also airdropped around 800,000 AXS tokens (worth approximately 60 million USD) to its users.

Nevertheless, some are bearish on the token moving forward. Crispus Nyaga, writer for Bankless Times, said “…while a rebound will likely happen in the near term, there is a likelihood that the price will break out lower in the long term. That’s because a bearish divergence pattern is usually a bearish signal.”